On August 11, 2013, we held a reunion of the first cousins--organized by Mark Anderson and held at Lynette Harmon's house (thank you!) in Saratoga Springs, Utah. It was great to be together and get caught up on our families.

Here is a chart showing the children and grandchildren of Lawrence Albert and Esther Melissa Lindsay Anderson:

Two of our cousins passed away this year before the reunion, Vardell Anderson and Susan Mickelson. Less than three weeks after the reunion, our cousin LuJean Hess passed away. They are missed very much, and our hearts go out to their families.

Pictures of most of those who came (some slipped away before I could catch them with my camera!):
﻿﻿﻿﻿﻿﻿﻿

﻿﻿
We'd like to get together again in 2015, so watch for more information on that!

After my dad died, I was entrusted with all the family history stuff he had. I've finally reached the point in my life where I can focus more attention on it and figure out how to share it, so here is the first of many posts to come. I have five diaries that my grandmother, Esther Melissa Lindsay Anderson Boulton, kept over a period of 25 years (5 years in each diary). 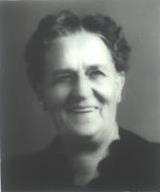